Blueberries are ripening and will soon burst with juicy sweetness in time for the 2nd Annual Celebrate the Blueberry Festival at the Craftsbury Farmers Market. Blueberries, one of the few fruits native to North America, were eaten, dried, and conserved by native Americans long before the first settlers landed at Plymouth.

Frederick Vernon Coville (1867-1937) and Frederick Coville, great grandfather and grandfather (respectively) to Glenn Coville of Craftsbury are credited with cultivating and domesticating “Vaccinium corymbosum” from the wild. In 1905, Frederic Vernon Coville, botanist, explorer, and agriculturalist found his perfect wild highbush blueberry in Greenfield, a community in southern New Hampshire near the family vacation home.  The wild highbush yielded a berry of size and flavor for which he had spent four years in seeking. Blueberries are now grown all over the world.

Understanding  that blueberry bushes didn’t transplant well, he discovered how to propagate new bushes by grafting buddings and cuttings.  The domestication of the blueberry began with an observation of two things:  Blueberries thrived in moist, acidic soils and did not self-pollinate.

Frederic Coville furthered the cultivation, research, and farming of blueberry plantations. On November 5, 1934, Frederic Vernon Coville wrote to Dr. Adele Lewis Grant: “So he (Frederic) came back to Washington, went up to his brother “Stan’s place in New Jersey in the spring of 1932, got 22,000 cuttings of the best varieties of blueberries, bought a Ford car, and drove off to North Carolina to seek his fortune starting a blueberry plantation.”

Frederic Coville furthered the cultivation of blueberries as an agricultural crop.

Drawings will be held for Craftsbury Farmers’ Market Money certificates which can be used from August 5 to October 7:  $100, $75, $50 (2), and $25.  Additional prizes include a $40-Dinner-for-Two donated by Craftsbury Outdoor Center and  $25 gift certificate donated by High Mowing Organic Seeds.

For more information about the 2nd Annual Celebrate the Blueberry Festival, please go to craftsburyfarmersmarket.com. 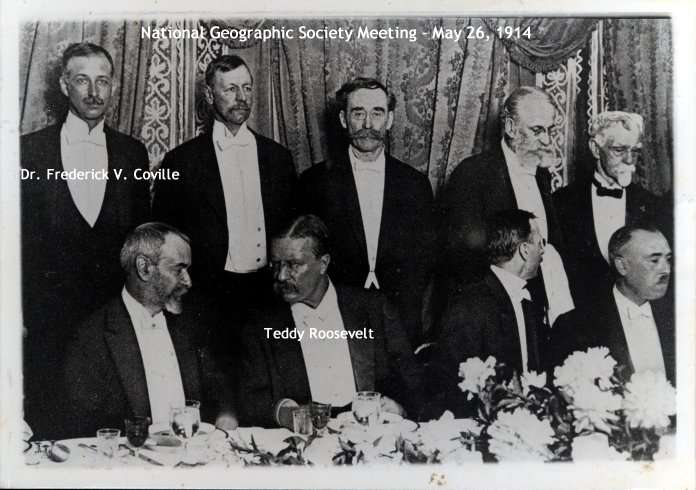